Initially, the Italian Lotto existed under the name Enalotto beginning with 1950 years. IN 1997 SISAL has carried out lottery reform, as a result of which the modern Italian lottery was created SuperEnaLotto.

Up to 30 june 2009 of the year, the winning SuperEnaLotto combination was made up of the first drawn lottery numbers Lotomatics (Lottomatica) in the cities of Bari, Florence, Milan, Naples, Palermo and Rome in order. / First issue, fallen in Venice, became the number "Jolly" (Jolly). If the first number, elongated in a certain city, was already present in combination, it was replaced by the second extended number - and so on. The system allowed a negligible chance of, that the numbers of two cities can coincide, in this case, duplicate numbers might appear in the combination, and the jackpot would be impossible to win.

Beginning with 1 july 2009 year lottery numbers are drawn regardless of the Lotomatic draw. 6 main numbers and the Jolly number are drawn in one print run, "Super Star" room is pulled out separately.

- Description, How to play online

SuperEnalotto is Italy's most popular number lottery. The rules of the game are as simple as in any other lottery. The jackpot grows from draw to draw and can reach enormous sizes, until it is ripped off.

The minimum bet consists of 2 combinations, which means already in 2 times more chance of winning!

How to play the SuperEnalotto lottery:

The jackpot changes in each draw and depends on the number of tickets purchased.

Other SuperEnalotto prizes will vary based on the prize pool of the draw and the number of entrants in the current draw.

The SuperEnalotto is drawn three times a week, on Tuesday, Thursday and Saturday, in 20.00 by local time. 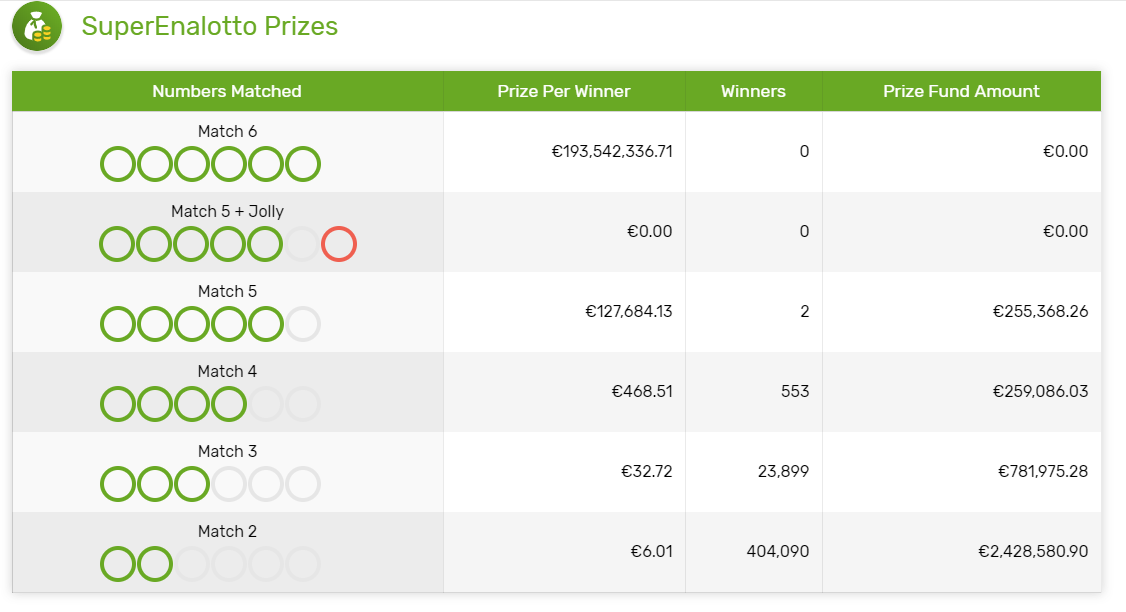 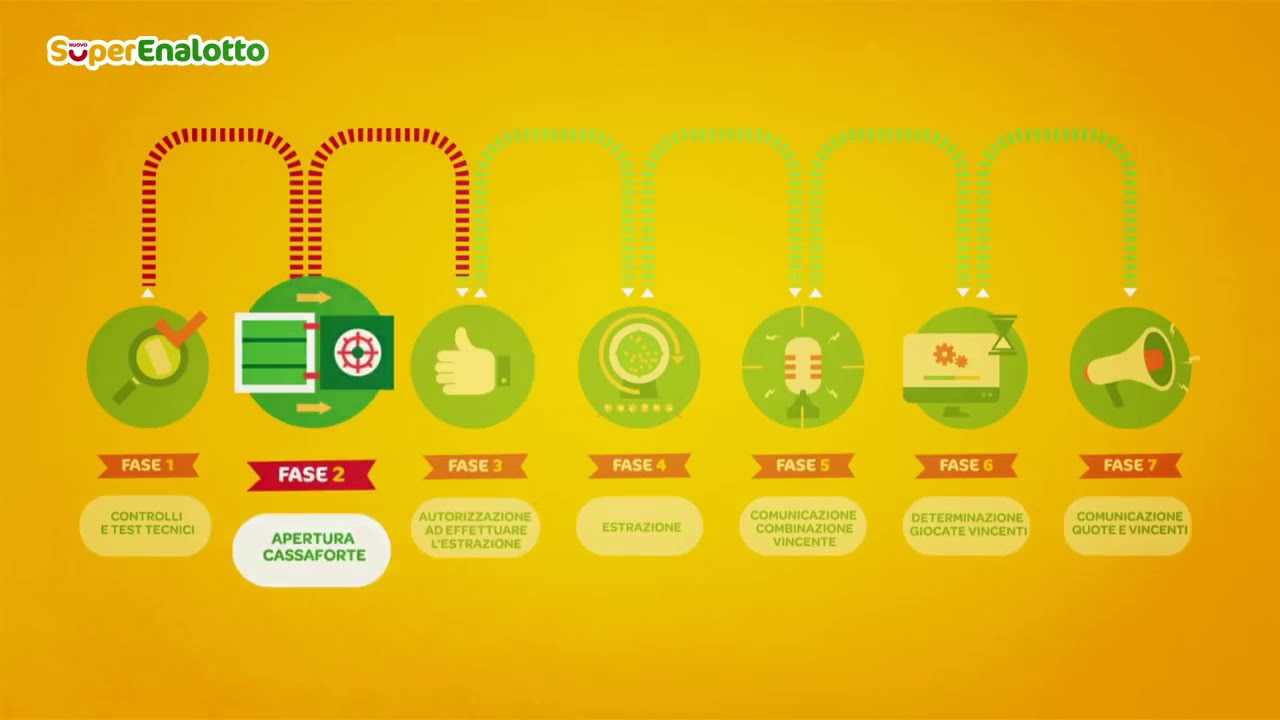 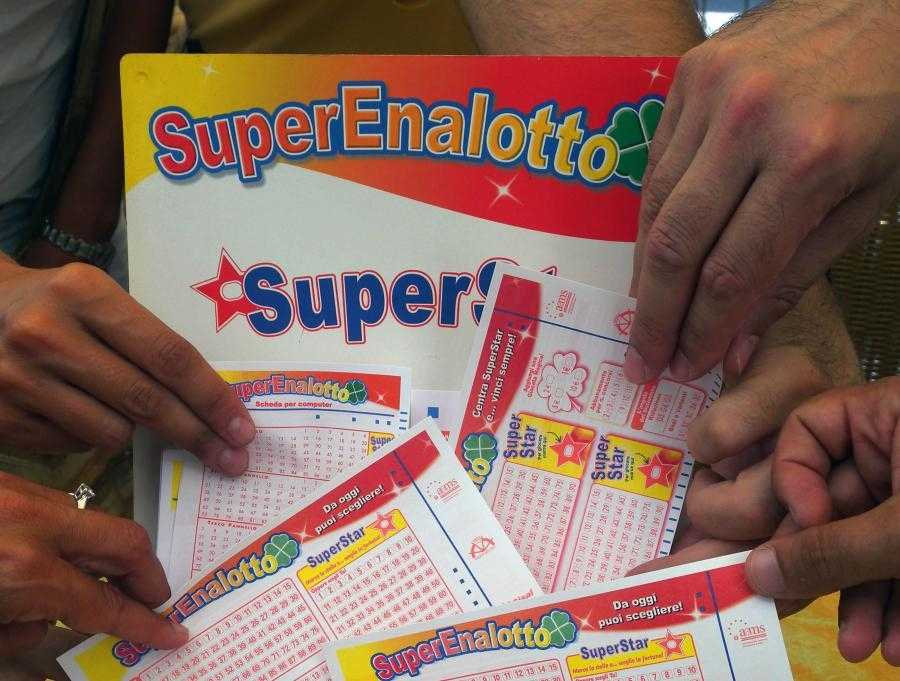 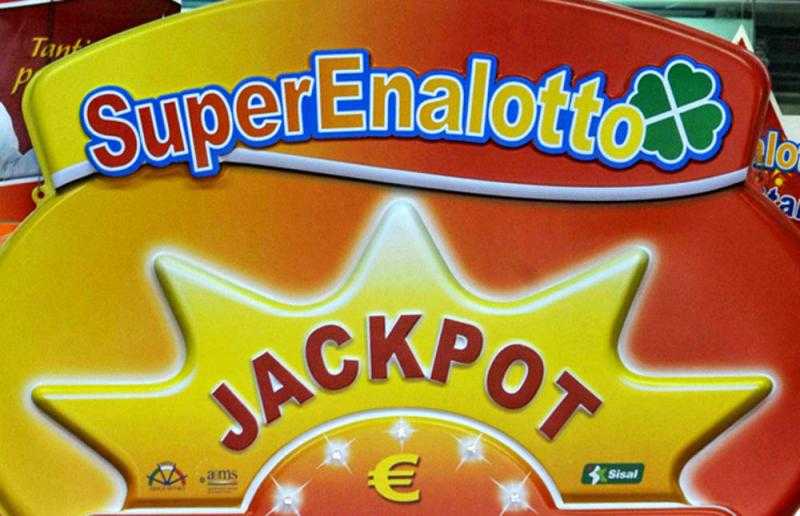 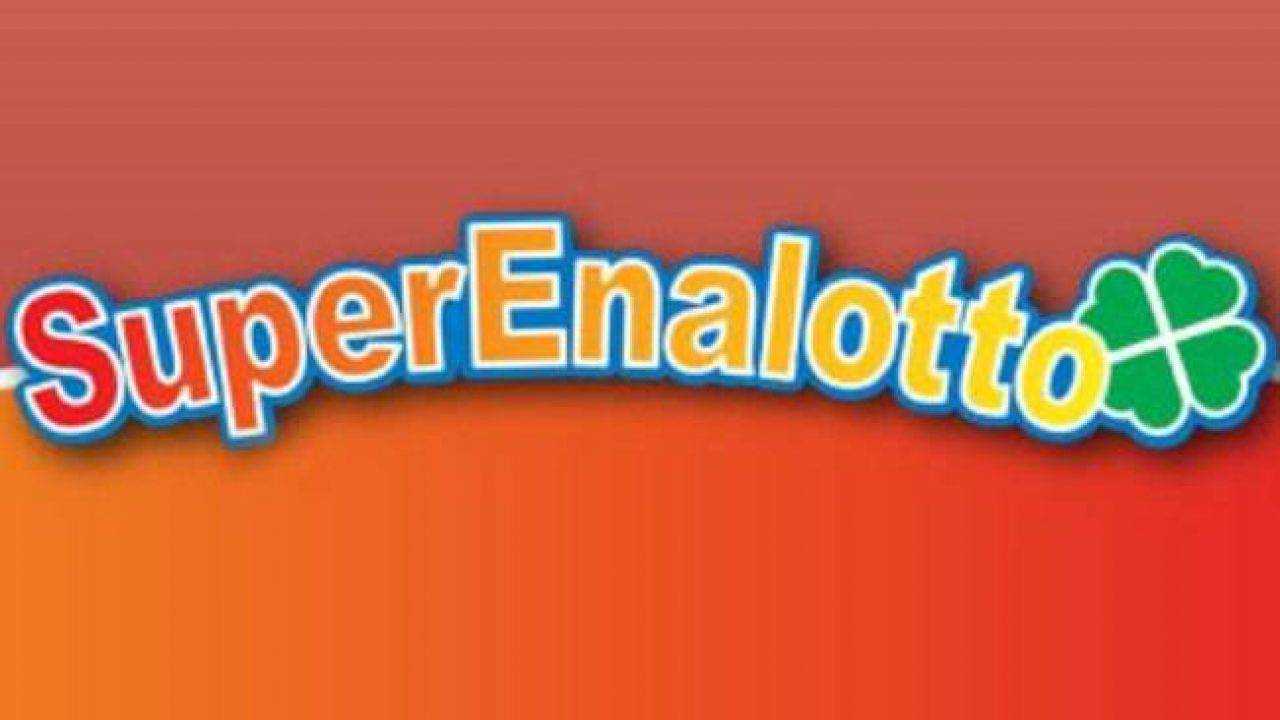 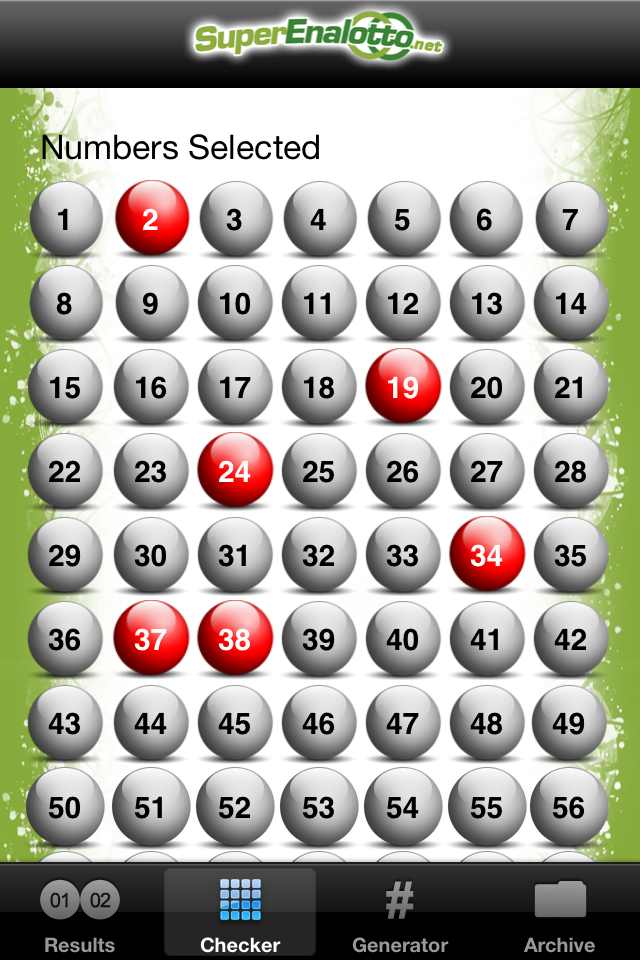 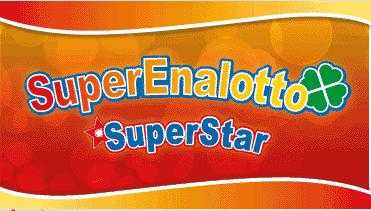 The SuperEnalotto lottery offers us 5 categories of winnings. The prize fund of the draw is distributed among the different categories of prizes as follows:

Coincided 5 digits Prize: 15% from the prize fund of the draw

The total prize pool of a winning category is divided equally among all winners of that category..

Payout of winnings:
Unlike other similar lotteries, SuperEnalotto winnings are tax-free and tax-free.

Winnings up to 5,200 € - paid directly to your personal account, immediately after the drawing.

In this case, the payment of the winnings will be made within 30 days, after submitting a claim to the SuperEnalotto lottery office.

Winnings will be paid out in 31 day, after submitting an application to the central office of the SuperEnaloto lottery. 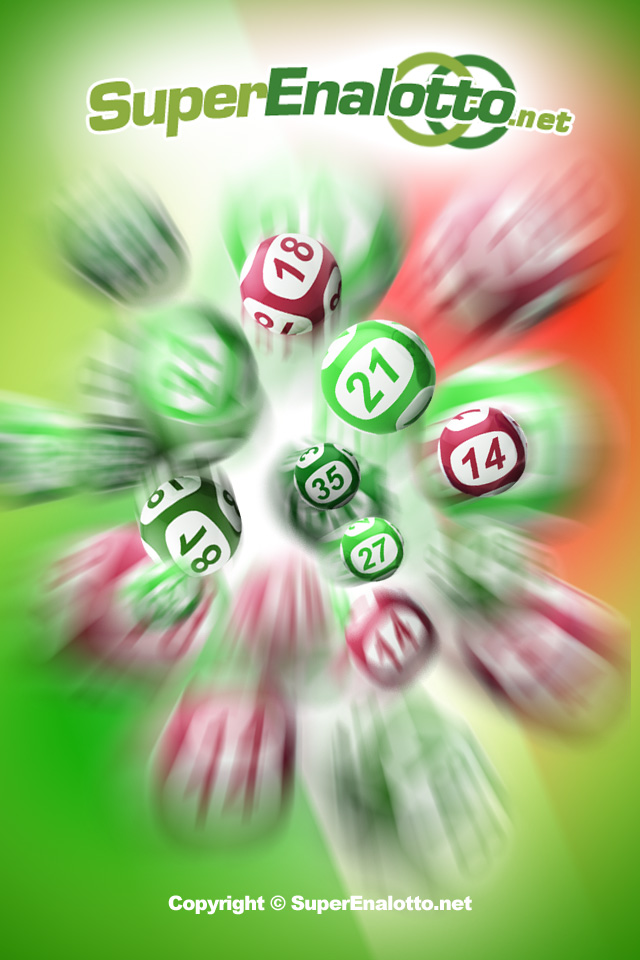 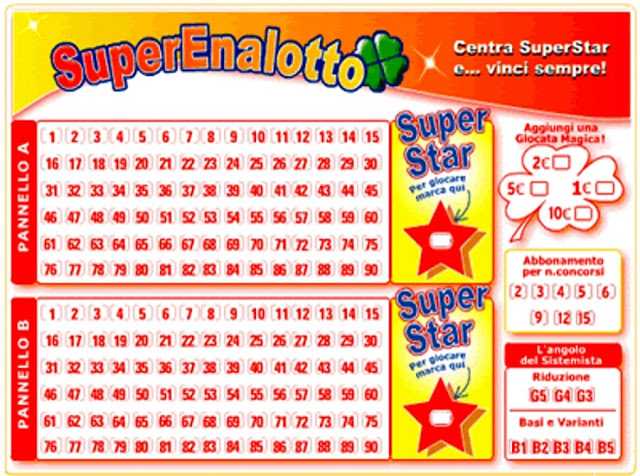 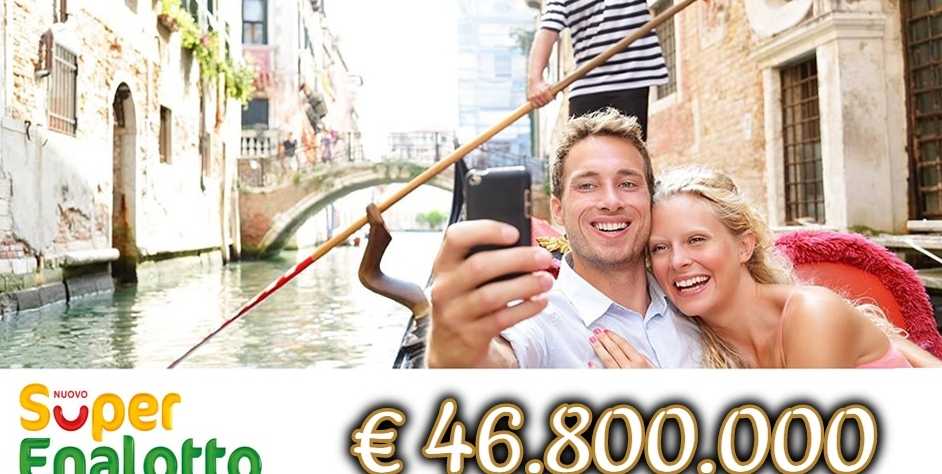 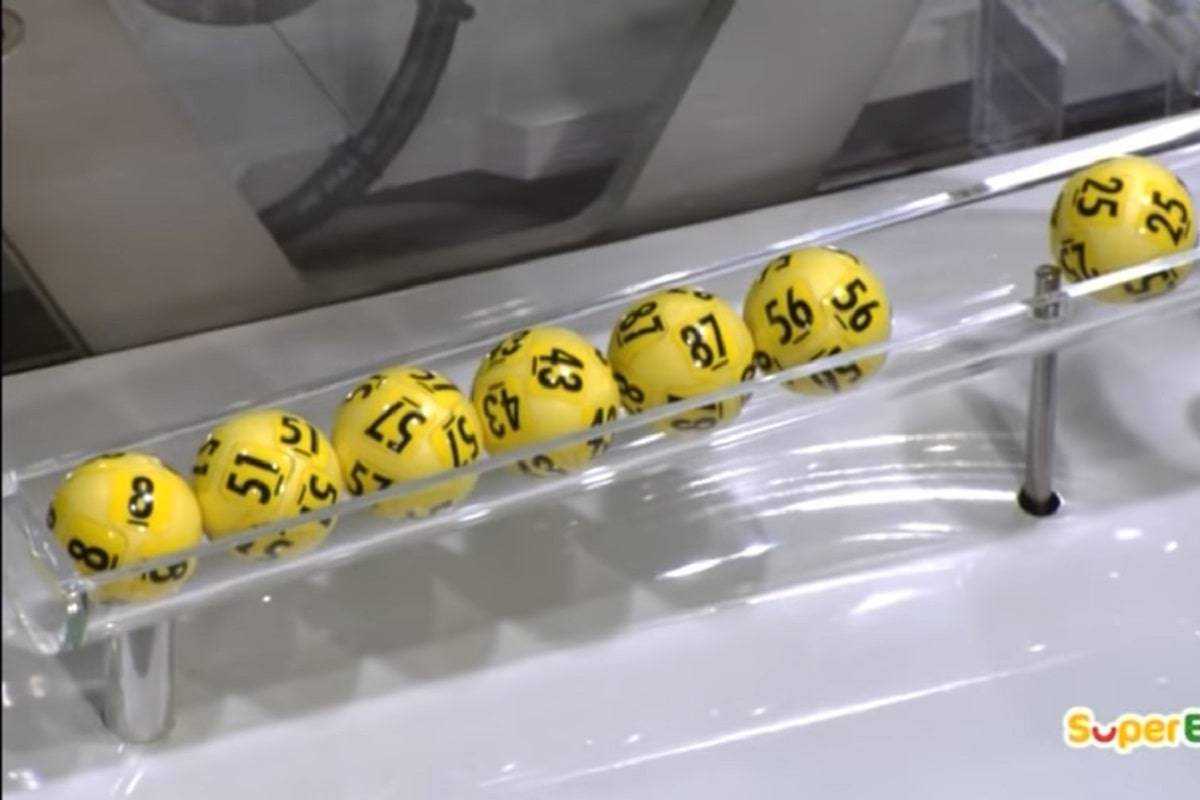 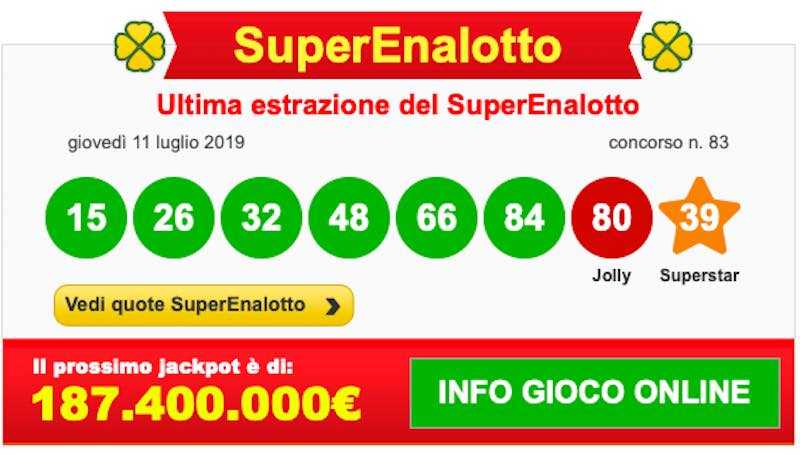 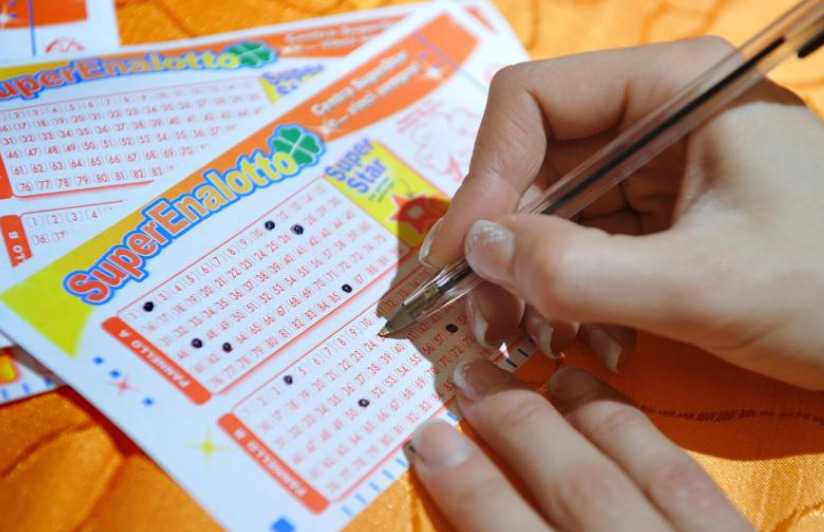 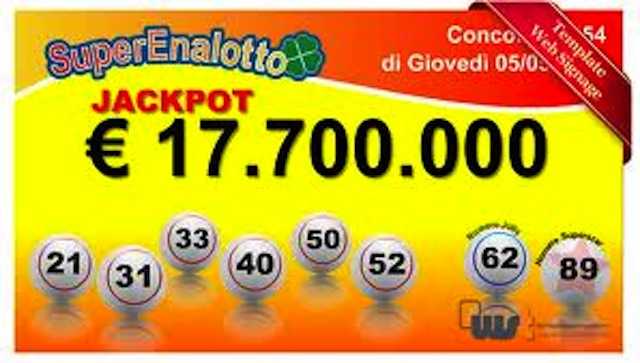 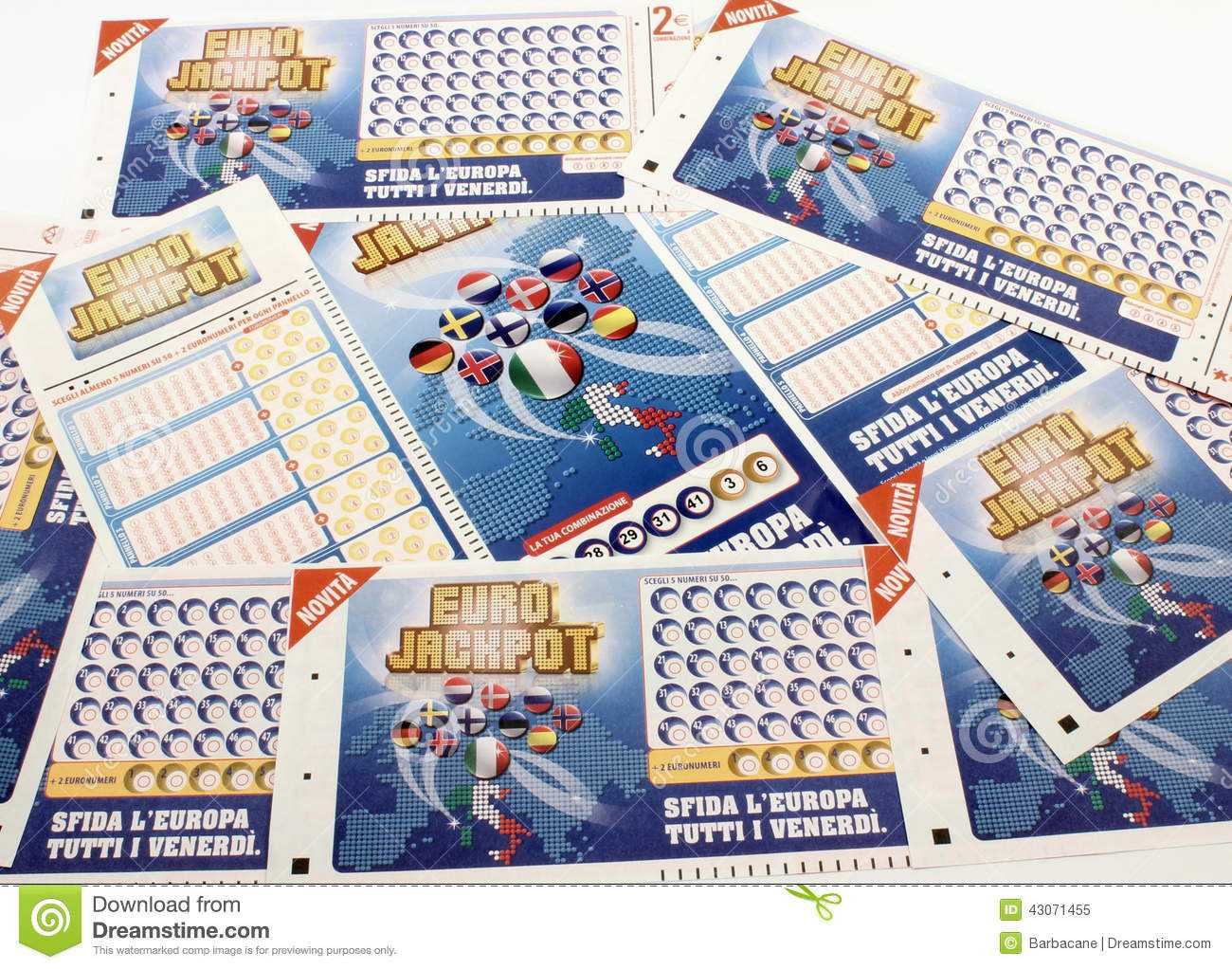 How to Play Foreign Lotteries, being in Russia.

Where to Invest Money from Lotto Winnings?

Sisal company, organizer of the national lottery of Italy, does not sell tickets in Russia. You can buy SuperEnaLotto coupons in our country through intermediaries. 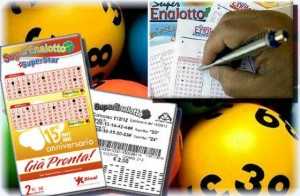 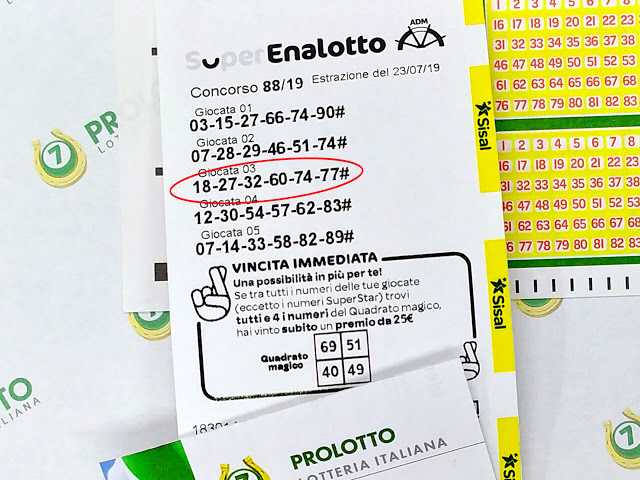 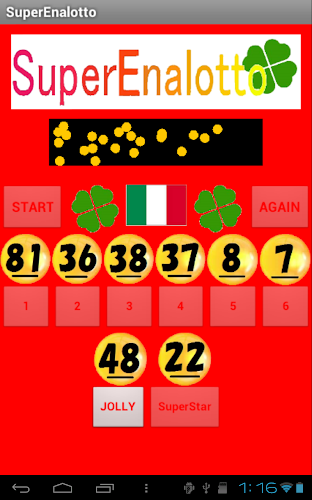 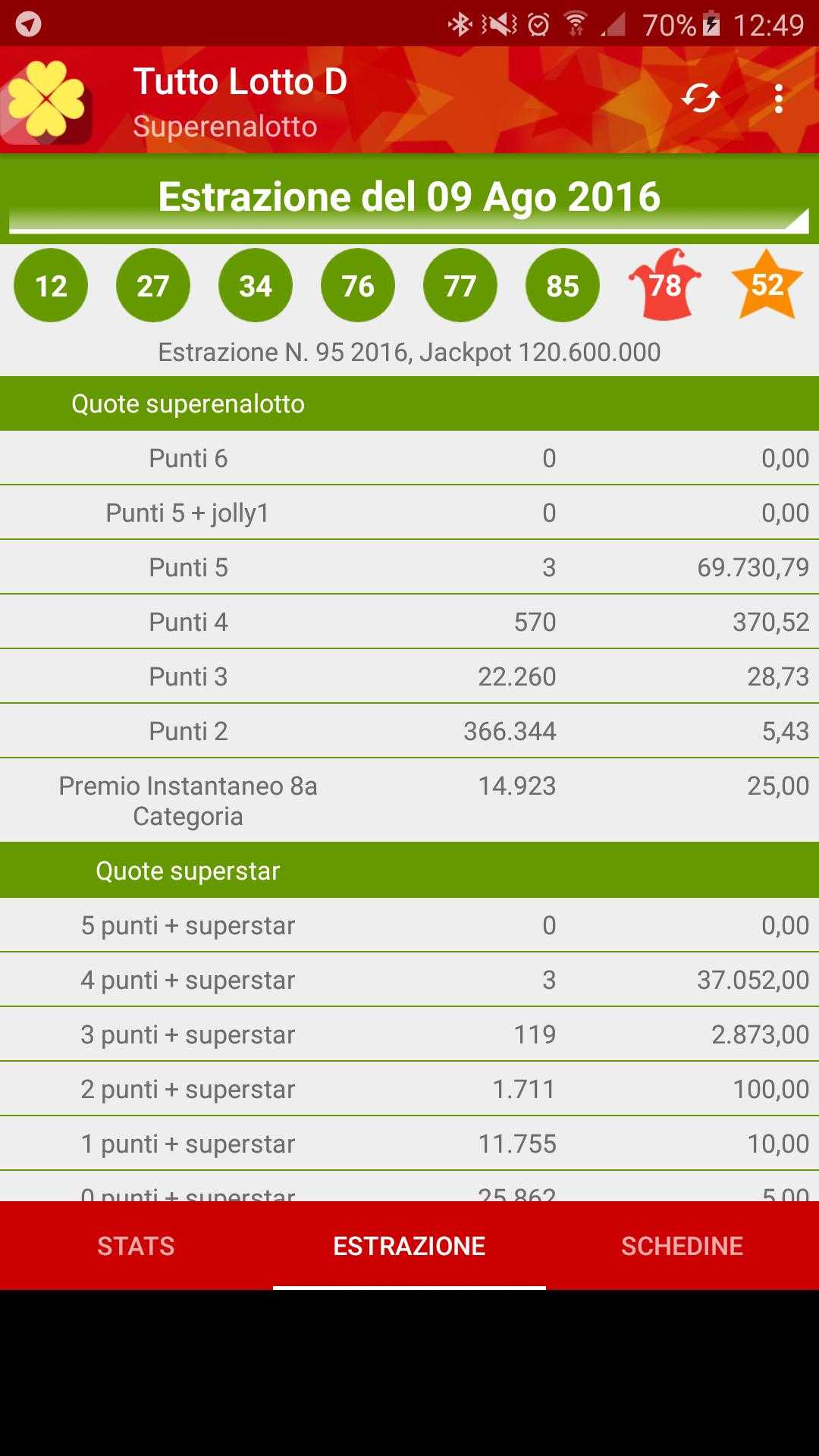 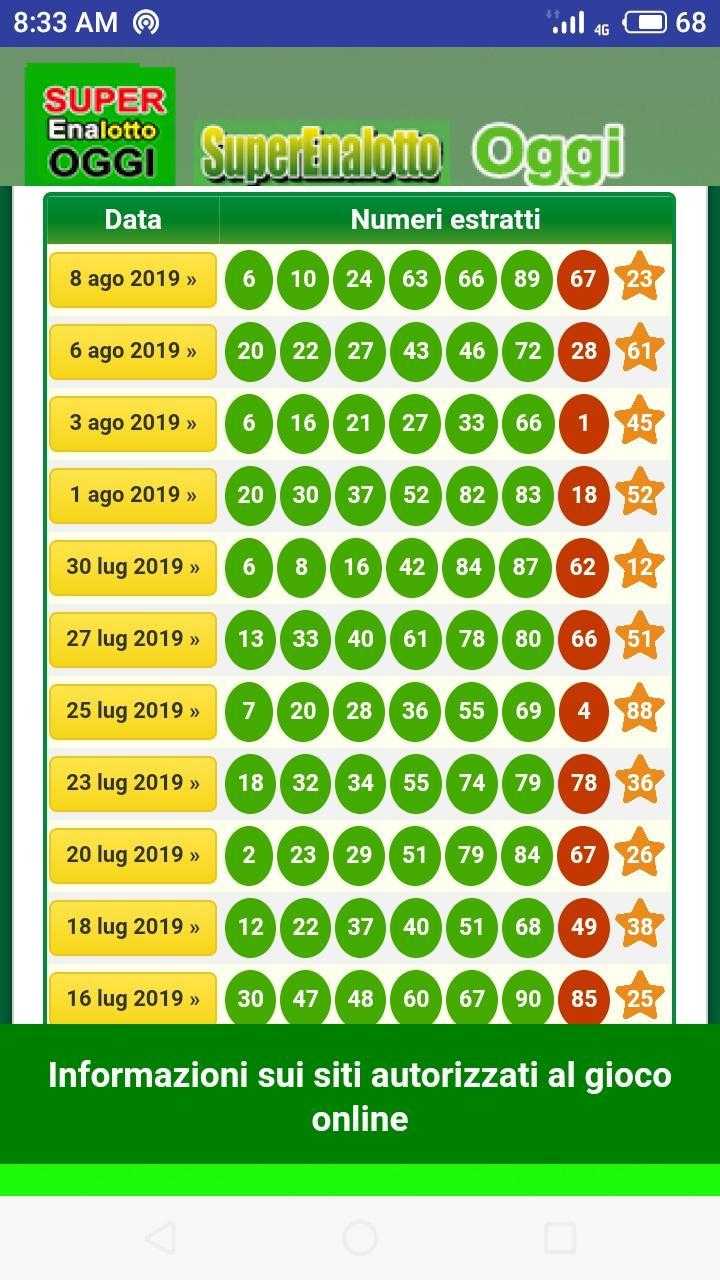 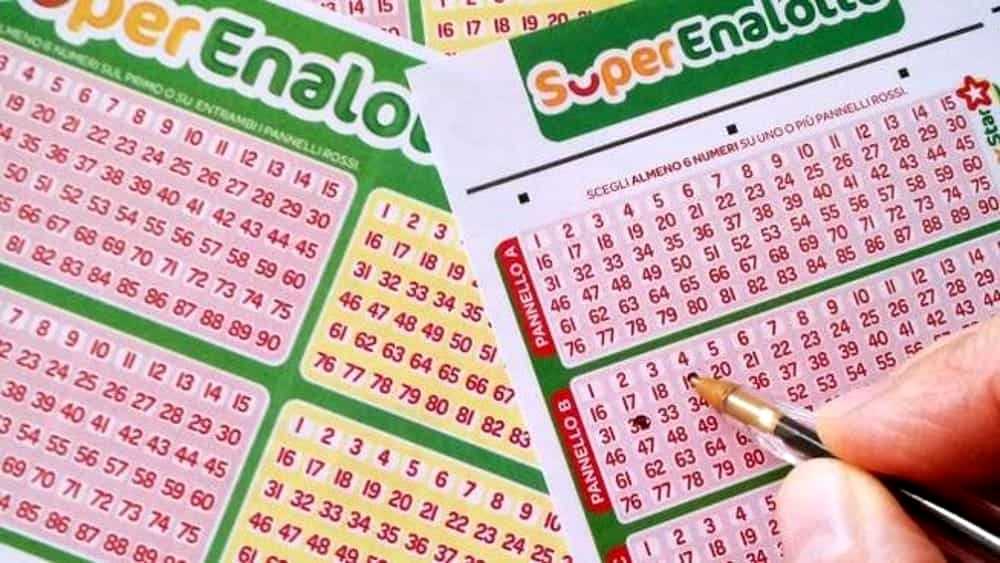 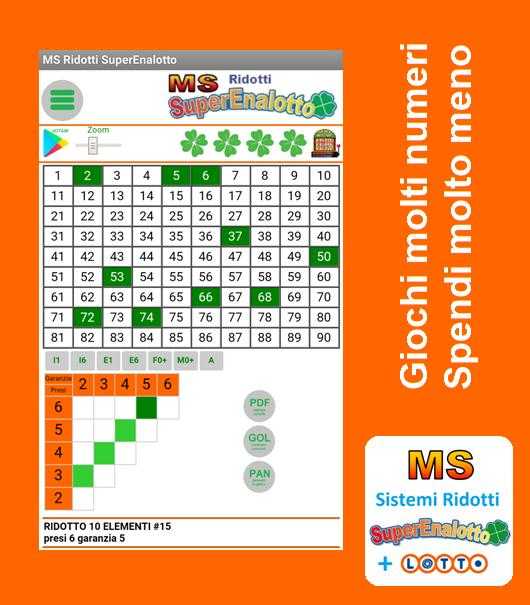 One of these "helpers" is the AgentLotto website. Below is an instruction on how, how to use it.

You will need an account to buy tickets for AgentLotto. Register an account, specifying username and email address. In the future, you will use your account, to purchase and store SuperEnaLotto tickets, and also receive winnings.

AgentLotto offers a choice of more than 20 lotteries, which are held in Europe, America and around the world. Choose SuperEnaLotto.

Cross out 6 numbers from 90 in the first and second fields of the SuperEnaLotto ticket. If you want to win more, fill in the "SuperStar" section.

Through 1-2 hours after paying for the ticket AgentLotto will send a scanned copy of the ticket. It will be available in the user's personal account. We recommend that you copy the ticket to a computer or another secure location, so that there are no problems with receiving a prize.

Participants, small winners (to 500 euros), can receive money in any convenient way - to an electronic wallet, bank card or mobile phone. AgentLotto will pay out the prize via 1-3 working days after, how it was won.